How To Max Out Your Results By Minimizing The Change

These words came from a client via email. They are the four words every coach hates to hear.

They were right in front of me. I felt a twinge of disappointment welling inside of me.

Anabelle had sent me an email asking about our online coaching program. She was having difficulty improving her health.

She was confused and didn’t know what to believe.

Some of her friends were performing juice cleanses and trying those “It Works” wraps. Others were eating “Paleo”. A few of them were even trying to eat “whole foods with no chemicals” and were following The Food Babe religiously.

Anabelle didn’t think those methods would work, and our extensive client transformations piqued her interest. She had read our free e-book on minimalist approaches to fitness, and she was ready to go all in.

After discussing what her program would entail, she agreed to give it her all. She was ready to change her life forever.

Money exchanged hands, questionnaires were completed, and a complete program – tailored to her personal preferences – was created and delivered.

Here she was, two days later, quitting before Day One was even here.

As I read the email, I smiled to myself, just a bit.

I cracked my knuckles, took a deep breath, and started writing my reply to her.

This wasn’t my first rodeo.

Anabelle wasn’t going to quit. She was going to be just fine.

She simply didn’t know it yet.

This email exchange took place in early January of 2015.

In 9 months with us, Anabelle has lost 28 pounds, is the strongest she’s ever been, and has lost 7 inches off of her stomach.

Her life is completely changed, and she’s confident, happy, and amazed at what she is now capable of.

It was crucial to Anabelle’s success that I knew exactly what to say to her to change her mind on quitting.

I used a simple mindset strategy that anyone can implement in order to transform their lives for the better.

The Problem With Change

Have you ever tried to tackle a massive task? 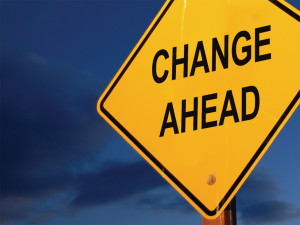 Perhaps your house is a total mess – a complete disaster – and you take a day off of work to clean it top to bottom.

As you survey the messes which are in each room, you look around at what lies ahead of you.

This will take you days. You don’t have days. All you have is hours.

What should you do?

You don’t know where to begin.

So, instead you decide to walk right out the door and head to the local movie theater.

You skip it all together.

When we view our actions in totality, we have a difficult time processing them.

When the change is too big, we resist it. We actively attempt to shy away from the change.

We can’t stop thinking about the big picture. When a sustained, prolonged, serious effort is required, few of us can handle the kind of anxiety that will cause us.

Anabelle had received what she perceived as a boatload of information.

In a sense, she was correct. Our programs are thorough.

We have parameters for everything, which comes to the client in 12-week chunks. Training programs with progression models, macronutrient assignments for rest and training days, progress tracking protocols with strict instructions, expectations on check-ins and communication…….. 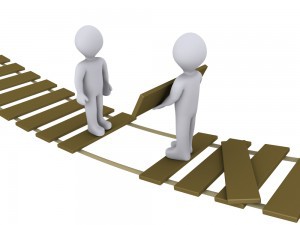 It’s understandable that this seemed like a MASSIVE change.

We also make sure our clients understand in order to be successful, the skills and habits they learn with us will need to be permanent in nature………and it was too much for her to take in.

She caved. She was frightened by the perception of a huge, life-altering change.

It was a validated response, and I don’t blame her for it.

Any disruption of comfort is avoided.

The trick is to re-frame your view of change.

In order to maximize your results, you must seek to minimize the changes you wish to make.

Maximize Your Results By Minimizing The Change

In Dan and Chip Heath’s fantastic book “Switch: How to Change Things When Change Is Hard

“, the brothers lay out the groundwork for how to make big, sweeping changes.

The changes in the book were mainly focused on large corporations, as the book is about saving sinking businesses.

The lessons in the book can be applied to any situation, however.

I’ve seen this happen often with clients who are new to the fitness game.

A client begins to sift through information and they start to think big picture.

They begin to look at themselves in the mirror and reflect on the long road ahead.

They may have 50 pounds or more to lose.

Perhaps they have never lifted before in their lives.

The idea of eating properly FOREVER (now THERE’S a scary word…….) sends pangs of fear into their stomach and chest.

The change is too big.

The Heaths’ advice is to break the change into small, actionable steps which anyone can execute.

The big picture needs to be broken down into actions.

But “plan a healthy breakfast and eat it” is an action. Not only is it an action, but it’s an action that can be completed simply and effectively.

My response to Anabelle was as follows:

Hey, how are you? I can tell you’re a bit overwhelmed. No worries at all – that’s a completely natural feeling.

This is all new to you – I understand totally.

But before you give up, let me streamline and simplify this as much as possible for you.

Forget all the “stuff”. All the data and tracking and extras.

Toss it out for now.

The plan you have consists of exactly two parts: diet and training.

I have two questions for you:

That’s all. Disregard EVERYTHING ELSE until later.

Do you think that’s possible?

If you can do those two things, then no need to quit. That’s all you need to do for tomorrow.

We can talk at the end of the day and figure out what we need to do for the next day.

Anabelle had a long road ahead. This fact coupled with the intense regimen she had been given left her feeling desperate and lost.

After the massive change was minimized into two simple, actionable steps, she was back on board. 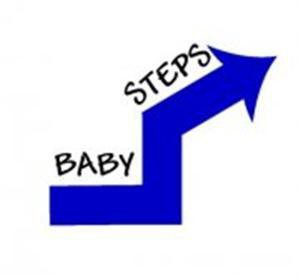 She replied that she could take care of those two, itty-bitty items.

After her first day was finished, we discussed the next day. Again, she agreed she could handle that day’s tasks as well.

In a few weeks, Anabelle admitted that she had overreacted. Her fitness program was becoming much clearer and it was starting to become second nature.

Over the course of the next 9 months, Anabelle averaged almost a pound of fat loss per week. Her measurements improved steadily. She kept the course, and is now living the “fitness lifestyle”.

She has since moved on and is working independently.

She promises to send us updates as she continues to improve her physique and her health.

What Changes Can You Make?

What are you putting off doing?

Do you have tasks you wish to accomplish that you feel are too big? 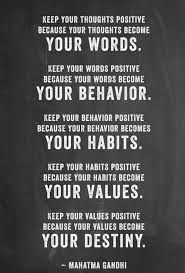 Do you want to deadlift 400 pounds one day?

Do you dream of running a marathon?

Do you want to have a million dollars in your bank account?

But if you take the enormous task and break it into small, actionable daily steps – and then you let THOSE small steps turn into habits over time………

………then one day, you just might take a look at yourself in the mirror and realize you’re standing on the finish line.