There are two very obvious sides of the battlefield when it comes to health, nutrition, the government, science, and our collective lives in general.  In one corner, you have the scientists, the Doctors (not of the “Oz” variety), the fitness experts, the research driven, and those who always seem to be screaming from the mountaintops:  “YOU HAVE NO PROOOOOOF!  CORRELATION DOES NOT IMPLY CAUSATION!!!!!!!!”

And then there’s the other corner………the tree-huggers, the whistle-blowers, the activists, the alarmists, the scare-mongers, and the tin-foil hat wearers.  Errrrrrytime you mention to these folks that a certain additive, dye, or immunization hasn’t been PROVEN to cause ANYTHING…………you’re met with an eye roll and a snide comment of, “That’s what they WANT you to think, you ignorant doooofus……….” 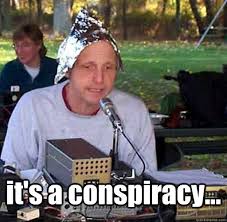 There’s a firm reason why I’ve kept my mouth shut, 100%, about this topic.  Because I am not an expert of either corner.  And I feel that in order to voice an opinion on such a divisive topic, you should have at least a bit of an educational background in said topic.

Every single well-respected fitness author, scientist, Doctor, and follower of all things research-based have chimed in within the past week about the latest article of Experience Life Magazine.

For those who missed the fiasco (and it WAS a fiasco), here’s the skinny………..

The latest issue of Experience Life has Vani Hari on the front cover.  For those who don’t know her, she’s “The Food Babe” – the infamous whistle-blower who has amassed a rather impressive army of followers (sheep?).  She has almost 800,000 Facebook likes, and 72,000 Twitter followers.  Word on the street is her webpage (which is adorned with advertisements, by the way), has millions of visitors on a regular basis.

But there’s a problem………….The Food Babe?  She’s not an expert of anything, either.  Literally.  Nothing.  She’s a blogger.  Nothing more.  And in her own quest for health, she began to eliminate processed foods from her diet.  And she felt better.  She wanted to help others.  So, she started blogging about her experiences……..and then the real fun began. 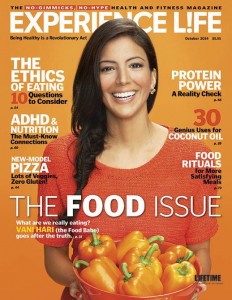 Click on the picture for all kinds of fun comments…….

People began to listen to her……….to take her advice……….and as she amassed an audience, she started to develop an “aura of credibility”.

Fear sells.  And when the Food Babe calls out a company, the company often acts.  Quickly.  But not necessarily out of corporate responsibility – out of the fear of the “mob mentality” that the Food Babe’s many followers possess.

So, Kraft eliminates dyes from their macaroni, Subway removes dough conditioner from their bread,  and Miller Coors and Anheuser-Busch began to post their beer’s ingredients online.

All from the power of one chick.  Excuse me.  One “Babe”.

And this is a good thing, right?

One would assume.  Should we really be consuming mass quantities of “food-like products” or substances?  Probably not.

But does the moderate consumption of these products cause our insides to rot out, our kids to have ADHD, and our children to develop food allergies?  Not sure.  I sure hope not.

But one thing is FOR SURE…………..the “Food Babe” reads a label, sees a big word that obviously isn’t naturally in a food, hands out the pitchforks, lights the torches, and begins her latest blog post – about how some random ingredient is likely poisoning us from the inside out.  And those who require a bit more evidence than a scary-sounding word……………..call her out.  Big time.

So, every MD and fitness expert with a social media account went to town on Vani last week.  For a look at what happened, just click on her picture above.  You could stay busy for hours reading those comments.  Everyone chimed in.  Everyone.

And in an ironic turn of events, Experience Life came out with a statement that an “industry front group” was responsible for an onslaught against their latest magazine issue.

So……….let me get this straight…………a pitchfork carrying group of millions of followers ready to whistle-blow at the drop of a hat…………….were “bullied” by a special interest group?

Pot………meet kettle………….also black.  It was enough to make notorious Doctor and avid lifter Spencer Nadolsky post a rather pointed and hilarious meme:

So, who the hell do you believe?  What on earth are you supposed to think?

I know what I’m supposed to think……….after all, this is a fitness blog.  I need to side with the fitness guys and Doctors………right?  After all, I risk losing credibility…..don’t I?

But I’m not an expert.  On anything.  Quite frankly, other than maximizing APPLICATION of recommendations through behavioral strategies, I know very little about the nuts and bolts of the human body.  I understand the recommendations for protein consumption while dieting and its effects on muscular retention.  But ask me for a biological breakdown of the processes involved?  Nope.  Can’t do it.  Sorry, not sorry.  Tell me where it says that in order to advise someone seeking gainzzzzzz to try creatine, I need to be able to explain how creatine aids in ATP-release at the cellular level.

Just knowing that it DOES do this is enough for me.

And a confession:  I haven’t taken a biology course since my senior year of high school.  And that course?  A.P. Biology.  And the only reason I passed was because the guy sitting next to me was smart as shit.  His name was Mike…………..my GPA will forever be indebted to him.  Thanks, Mike.  You saved my ass, bruh.

But please take one look at the url at the top of your browser.  This blog url.  What does it say?  Well, as cheesy as it may be, it says, “Anyman Fitness”.

When a prospective client answers their preliminary questionnaire, and they have a food “fear” of any sort, it’s one, BIG-ASS red flag.

And it really doesn’t matter what that “fear” is.  Could be gluten, could be carbs, could be dairy, could be sugar, could be GMOs…………anything really.  But these anxiety-driven individuals carry so much BAGGAGE.  They are convinced the world is out to hinder their progress, the government wants to make them fat, and the voices in their head are forcing them to sneak boxes of Pop Tarts when no one is looking.

And my job?  It’s not to de-bunk The Food Babe.  Or to de-bunk the Doctors.  I have neither the clout nor the desire to attempt either of those endeavors.

My job is to work with all my efforts to improve the BEHAVIORS which have led the individual down a path which has resulted in sub-par health.

And the behaviors which have led to them feeling like shit?  They likely have nothing to do with yoga mats being in your submarine sandwiches or genetically modified sweeteners being in your ketchup.

Let’s take the middle ground here.  Let’s be moderate.  Let’s be sane.  Let’s be reflective.  And let’s take a long look at our BEHAVIORS and how they relate to your overall health.

Calling all Doctors, MD’s, scientists, researchers, and fitness experts…………can you ACTUALLY say, with a straight face, the following statement:

“Eating organic, whole foods is not a good choice, health-wise.”

Eating FOOD is always a solid choice.  There’s nothing inherently wrong with being sure the label of your food describes……………….actual food.  In totality, this is a solid methodology.  Foods are better than chemicals.  Bar none.

But let’s take the flip side of that………….can the Food Babe, or Joseph Mercola, or Gary Taubes, or any other fear-monger out there say with a straight face the following statement:

“Eating processed food will cause you immense pain and suffering 100% of the time.”

In our home, we try to eat whole foods.  We buy our meat from a butcher and not a big chain.  We get our eggs from cage-free chickens.  We buy mainly organic produce.  We try to give our two daughters real food………..bread from a bakery and actual cheese.  Fried in real butter – no margarine.

I eat lots of dairy.  Mostly organic.  Veggies, fruits, oats, pastas, rice…………whole foods mainly.  But you know what?  Post-workout?  Damn if I don’t polish off a mixing bowl full of Frosted Flakes. 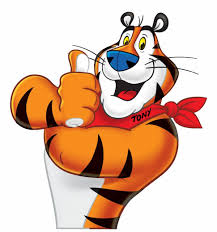 You know that old saying, “The poison is in the dose?”

That saying makes boatloads of sense.

And I smiled.  And responded with:  “And what does that tell you?”

You want an Oreo?  Eat an Oreo.  Just don’t eat all the Oreos.

But there’s no reason to fear.  The only thing we should fear…………….is fear itself.

Now, if you’ll excuse me, all this writing is making me hungry.  I’m gonna go get some chips and salsa.

And I’m gonna make DAMN sure they are BOTH certified organic.