Seven Facts About Getting Your First 6-Pack

There is nothing wrong with training for vanity.

Somehow, it has become considered taboo to want to look in the mirror and admire what you see.

Nearly all who join our online training program have a desire to look good naked.

There’s no way our free fat loss course would have thousands of subscribers if it didn’t improve the way you look.

While I will be the first one to admit that a 6-pack will not cause you inherent happiness, there is something fun about lifting your shirt and seeing visible abdominal muscles.

If you call the “gym-bro” who sneaks a peek at his abs at the gym a “douchebag”, there is a great chance you’ve never had visible ab muscles.

Having a defined 6-pack is “neat”. That’s really the best word to describe it.

You walk around thinking you have this “secret” beneath your shirt. You want to show people. But it would be weird to walk around shirtless in public.

I have had a 6-pack on a number of occasions.

I don’t maintain them other than during the summer months, as Michigan isn’t exactly the place you can have your shirt off and not get frostbite.

This picture is as lean as I’ve gotten:

My apologies for the blurriness.

This picture was taken in October of 2013 – I was right around 7% body fat, DEXA scan confirmed.

Side note – I urge all of the “keyboard warriors” to get DEXA scans done to confirm their body fat percentages. I’ve seen people with way more body fat than I have in the above picture call themselves “4%”……….

When I first got into fitness, I didn’t really want a 6-pack. I just wanted to be healthy and “not fat”.

As time went on, and I realized the math and science behind losing fat (and gaining muscle), I began to wonder how far I could take my leanness.

Just how much body fat could I lose?

That’s it, in a massively simplified way.

While the merits of having a 6-pack are often up for debate, there are a few indisputable truths about your path to achieving one.

As a fitness professional, I’ve seen a number of clients achieve a 6-pack, and I have met many colleagues who have one.

Every single one has acknowledged that EVERYONE who has ever gotten peeled has had to deal with the following:

1. Having a 6-pack only looks better when your shirt is off.

If you have enough muscle mass underneath your layers of fat, your abdomen muscles will begin to show.

How lean do you have to get?

For most males, visible abdomen lines will begin around 12-13%.

Take a look at this picture:

Notice that while I have some visible abs and veins running through my lower abs, there’s still a bit of fat around the button and under it.

I still wouldn’t consider this to be “popping”.

(I’m more than happy with it, though.)

If I were to get much leaner than this picture, though, my face starts looking gaunt and thin.

Once you get into “real 6-pack territory”, most people will tell you that you look sickly.

You start getting “shamed” and people tell you to “eat a cheeseburger”.

Here’s an example of what I mean:

Notice how much fuller and more masculine my face looks in the second picture.

With extreme levels of leanness comes muscular loss in most cases.

If you’re going to be shirtless, yes, it’s true – the 6-pack is impressive as almost nobody has one.

But unless you’re on a beach, in a pool, or cutting the grass, working tirelessly to maintain a set of washboard abs may not be worth it. You will likely look stronger and more athletic around 10-12% body fat.

At 6% body fat, unless you’ve been training for a decade or more, you’ll just look skinny.

2. Having a 6-pack requires extreme sacrifice.

Here are a few ways you will need to sacrifice if you want a 6-pack:

While none of these are absolute requirements, most of these items will be present in order for you to get your 6-pack.

For a much longer time than you think. (More on that in a minute.)

3. Having a 6-pack (almost) requires calorie counting in one way or another.

There will be a few outliers who can disprove this statement.

Most of us will need to count the calories which cross our mouths if they want to get under 10% body fat.

We are terrible judges of how many calories we eat. It is possible to get your 6-pack without counting macros or calories, but it will make life much more difficult.

Almost all who embark on this quest decide to take the guesswork out of it and just count their damn calories.

Side note – macro counting IS calorie counting, just packaged in a different way.

Getting through the required prerequisites for having a 6-pack isn’t difficult for a day.

It actually isn’t even that difficult for a week.

Most people can make it a month as well.

Being able to see your plan all the way through is possible, but you’re going to be testing your mental strength more than your physical strength.

Some questions you will need to answer:

These items will need to be addressed – and they are all psychological in nature.

You’re going to need to minimize your stress, find your freedom, and re-frame the moments you don’t like in order to get your 6-pack.

5. Getting a 6-pack will take at least twice as long as you think it will take. 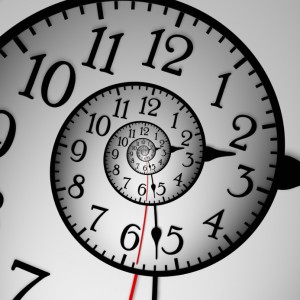 I’ve coached over 1,000 clients and gotten 6-pack lean a number of times.

6. Having a 6-pack does not change the way people perceive you.

We always want what we cannot have.

6-packs are difficult to obtain – damn difficult. In our heads, we have “circled” the day we get our visible abs and have hyped it up beyond belief.

We think that one day, we will wake up, and FINALLY, our “6-er” is in, and we will hear horns being played, birds will be flying overhead, and a flock of virgins will be at our door ready to procreate.

You can’t WAIT to take off your shirt at the pool or the lake, grease up your washboard, and watch the crowd gawk with amazement.

None of that happens. (<=== This is what DOES happen when you finally get one.)

If you’re single and a charismatic guy (I’m married and charismatic, so I don’t count), then you will probably get more attention from girls than if you had a below average physique.

That’s more likely due to the fact that you’re single and charismatic than anything else.

You know where you’ll get lots of attention from?

Other dudes will tell you that you’re shredded and ask about your fitness routine more than girls will. I promise you that.

Once upon a time, I was unhappy with my physical appearance and I decided to do something about it. I chased the elusive 6-pack, and I eventually got it.

I thought having a 6-pack would change everything, inside and out.

It didn’t. I found out the hard way that a physical attribute will not inherently cause happiness.

Only you can do that.

7. Getting a 6-pack will change your mindset greatly.

There is one HUGE benefit to having a 6-pack:

It will change the way you perceive learning skills and accomplishing tasks.

Nobody gets a 6-pack from that “One, Weird Trick”. No one does a “cayenne pepper cleanse” and wakes up with washboard abs.

If you actually do get a 6-pack, here is what you (most likely) did:

99% of society won’t get to #6 without winning the genetic lottery.

After you see this process play out, you’ll begin to really understand what “progressive overload” means.

The phrase is cheesy, but you really can accomplish anything you wish if you start small and make baby steps towards it. 1% improvements start to accumulate over time.

No matter what the skill is – you will be better on Day 100 of practicing that skill than you were at Day 1.

If you refuse to give up, follow your plan, and conquer your mind, anything is possible.

Ready for the summer?