I deadlifted 500 pounds this week.  Sumo.

It was legit.  No hitches, just a small, upper-back round.  Bar came up quick.  The lockout took a bit too long.

But it was clean.  It felt good.  And it’s been a long time coming.

And as I always do when I hit milestones, both in weightlifting and in life, I began to reflect a bit.  The road to a 500-pound deadlift was a long one.  I did my first deadlift in 2011, shortly after reading Martin Berkhan’s infamous “Fuckarounditis” post.  It was right around 3 years ago.

And I had my first 400-pound deadlift (with hitches and very shitty form) about 18 months after I did my first one.

Pulling heavy every Monday for 3 straight years has taught me a few lessons.  And given me a few scars.  And callouses.  And more than my fair share of DOMs and tightness.

But it’s taught me more about myself……….and about life…………….than any other endeavor I’ve ever attempted.

500 pounds was lifted off of the gym floor for one reason and one reason only.  And it wasn’t a fancy periodized lifting plan (2-set, RPT-style programming was used almost exclusively).  It wasn’t the latest and greatest supplement (only supps taken:  creatine, fish oil, vitamin D, BCAA powder).  It wasn’t anabolic steroid use.  I’m a middle school teacher.  Can you imagine ‘roid rage around 13 year olds?

500 pounds came up due to the fact that every Monday, for 3 straight years, I pulled heavy.  Without fail.

In 3 years, I never missed a deadlift workout.

That’s 156 straight Mondays of deadlifting, if you’re counting at home.

And how on earth does that happen?

With a little bit of luck, like when the time my second daughter was born on a Thursday, and we were discharged on Sunday – and I was able to be back pulling heavy on Monday.

With a little bit of stupidity, like when my back was straight JACKED from heavy squats on Friday, and I pulled anyway. And promptly ended up in the doctor’s office with a misaligned pelvic bone.

And with a lot of determination. Because I wanted to be strong. And I assumed the deadlift was the way to achieve that goal.

But I promise you this, friend – if you show up, without fail, and try to get just a little bit better at something every day for 3 years?  You’ll be pretty damn good at your objective as well.

2.  The hand you are dealt matters much less than what you do with that hand.

I spent a lot of my life blaming my genetics.  I have always had a “good frame”.  Which is a nice way of saying, “That guy is tall.  If he ever worked out, he would look good instead of looking like an awkward ogre.”

I thought being fit and muscular was out of my reach.  I’ve never been “built”.  In high school, at one point, I was 6’8″ and weighed 195.  The first time I bench pressed?  The bar.  And that shit wobbled the entire time.

The first time I squatted – a real squat, not some half-ass leg press bullshit – 95 pounds.  And that shit almost pinned me 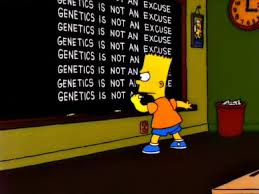 But I slowly got my shit in check.  And started training the right way.  And began to look closely at my diet and eat to train – not train to eat.

And the craziest shit happened…………….My genetics got an awful lot better.

We all go through bullshit.  Some more than others.  We all have trials, tribulations, and adversity to overcome.  And sometimes we let our environments get the best of us.

But it will be totally worth it.

3.  You have to stop caring about what others think to truly reach your full potential.

On the path to lifting a quarter-ton off the ground, I made a lot of noise.

Lots of grunts, lots of primal noises, gutteral sounds, even one “FUCK” when I lost my balance with 450+ in my hands and it almost crushed me.  (Scary as shit, btw…..)

And at first, I would be self-conscious about it.  Try to minimize the noise.  But after a while?  I forgot about it.  My mindset changed.  I had goals, and I began…………well…………..I began not giving a fuck what others thought about those goals. 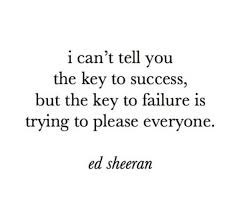 Am I being too loud?  Fuck you.

Am I not eating your food because I have my own nutritional plan?  Fuck off.

Am I offending you for skipping Happy Hour for Leg Day?  Go fuck yourself.

See what I mean?

Sometimes, in life, you need to stop giving a shit in order to succeed and accomplish what you ultimately want.  You need to have laser-like precision.  And not care.  And not give a fuck.  Not one, single fuck about what others think of you.

It’s okay to be selfish sometimes and to look out for numero uno.

Because nobody achieves anything great without paying lots of attention to themselves.

Some Mondays were absolutely awesome.  I felt good, I felt strong, I set PR’s………..as I walked out of the gym, I’m pretty sure the place exploded in the background.  I made sure not to look back for extra “coolness” points.

But some days were terrible.  I still remember my first “morning workout” of Summer, 2013.  Remember, I’m a teacher.  During summer break, I lift AM instead of PM.  I had just set a new PR at 430 the week prior.  I felt great.  Strong and accomplished.

The next workout, I walked in, and 405 didn’t budge a single inch.  Not sure why.  Maybe I wasn’t ready for it.  Maybe it was my new training time.  Maybe I needed a new pre-workout.  Dunno.

I don’t know why the hell that workout was so bad.  My nutrition is always on point, I was getting good rest.  How did I lose almost 65 pounds on my deadlift in a week?  No clue.  I still don’t know.

But that’s how the iron game humbles you.  Sometimes, you’re just weaker than the bar.  And there ain’t shit you can do about it.

It’s like spilled milk.  After that shitty day, what were my choices?  Mope around like some pissy teenager?  Cry about it to my wife?  Go on a message board and discuss my frustrations?

Nope.  Just suck it up.  Shut your damn mouth.  Go home.  Be humble.  And come back next Monday.  And try again. 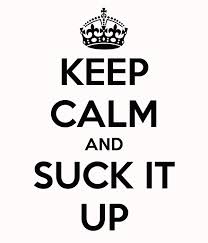 You’ll get over it.  The sour taste will eventually leave your mouth.

Because if it wasn’t for the shitty times, there would be no good times.  If life was all unicorns and bubble gum, eventually, we would be bored.

We need the shitty times to realize just how truly lucky we are during the amazing moments in our life.

If I had walked into that gym in 2011, barely able to deadlift 135 pounds without a herniated disc, and thought about what it would take to get my deadlift up to 500………..I likely would have walked home and given up.

If all I had in my head was the end results I had hoped to obtain – one day – that end result would seem so unreal, so far-fetched, so impossible, that it would likely cause anxiety.  And I would simply consider it un-doable.  Un-achievable.  A pipe dream.

But luckily, my accomplishments in life have all taken “baby steps” to master.

Graduating high school and college.  Getting through year after year as a teacher.  Losing 80 or so pounds.  Paying off a few of my student loans and cars.

I’ve had enough experiences in my life to realize that in order to make something “big” happen, you need to make lots of “little” things happen.  And then the “big” thing just takes care of itself.

You need to work very hard to “minimize the change”.

If you want to lose 100 pounds, you can’t think – for one second – about that 100 pounds.  That’s too much.  It’s too daunting.  It’s too stressful and troublesome.

But eat right TODAY?  Yeah, you can do that.  You can hit your macros for today.  And tomorrow?  Can you train for 45 minutes?  Sure.  You can do that, too.

And what about tomorrow?  Can you do it again?  Probably.

But the road ahead is too long.  Minimize that change.  Make it doable.

And over time?  Over the course of 3 years?  All those 5 pound increases added up.  And 500 pounds magically came off the rubberized gym floor.

This is how life works, my friend.

Put $200 each month into your 401k and by the time you retire, you won’t have to worry about your financial well-being.

Eat 200-300 calories under maintenance each day and you will lose the weight eventually – and it will likely stay off.

Read a different self-help book each month and you will likely begin to see things a bit differently – and be much improved due to the readings.

Small, gradual, incremental improvements add up to do some serious damage over time.

Take solace in the hard work.  Embrace the small steps.  Enjoy the journey.

For the joy is always found if you look deep into the hard work.  And it’s never found in the final destination.

I know you love my shinguards.